„We are convinced that Anarchy is socialism and freedom in one. Liberty without socialism is privilege, injustice; and that socialism without liberty is slavery and brutality.“

„ I am truly free only when all human beings are equally free. “
― Mikhail Bakunin

What is the Scottish anarcho folk festival?

There are hundreds of festivals, many of them arts and music related, some of them are quite ‘alternative’, and many have political or socially engaged philosophies and messages. For the most part, camping festivals in the Summer involve loads of music, dancing, socialising and partying, often with much drinking.

An anarcho folk festival is more. Yes, it involves music, partying and socialising, food, creativity and even drink, but one of the key differences is that it retains an explicitly political theme. Anarchism, we believe, is all about social responsibility, community and enabling everyone involved to be free to be themselves within a shared time and space. An anarcho folk festival is ideally a temporary autonomous zone, anti-capitalist in nature, where all who are there, in whatever capacity, can meet old friends and new, maybe learn new skills, listen to a variety of music, enjoy good food and drink, and can be free to enjoy a fabulous party. There is a strong DIY element: all who are there have a part to play – even a responsibility – to create the festival. At the festival, we are all producers, not consumers. We all play different roles, but we are all crucial to the success of the festival. The keywords are freedom, respect and responsibility.

At the Scottish anarcho folk festival, it is hoped that the music programme offers an inspiring variety of performances from the local area, further afield and even internationally. We have a limited budget, a limited number of ‘slots’ to fill and dozens of applications from musicians. We try to timetable a balanced line-up of local and international acts, a mix of solo, duo, bands etc., and a mix of different types of ‘anarchofolk’, aware that not everybody at the festival is going to like all the music. We also try to make sure that there is a good balance of women and men, as well as other issues of ‘representation’.

We also plan to run an ‘open stage/open mic’ to encourage other acts who would like to play, as well as impromptu sessions for all around the big fire and the campsite during the course of the weekend. Some of the musicians who play at the festival are seasoned professionals; others are less experienced. As a small anti-capitalist festival, we believe that ours is a place to showcase both ‘popular’ and ‘successful’ musicians within our ‘scene’, as well as to offer a stage to less experienced, less popular or commercially less successful artists. We also seek to challenge ideas of hierarchy among performers (‘headline acts’ vs. ‘openers’ etc.): it is hoped that timetabling of performances, acts and stages is done in as appropriate and non-hierarchical manner as possible.

The workshop programme is similarly varied, with three main themes: DIY culture; creative arts and crafts; and ‘political’ discussion. Obviously these are broad areas, and we welcome ideas and contributions from all who are involved in the festival, as well as seeking to make all workshops as ‘democratic’ and participatory as possible.

Who is involved in the Scottish anarcho folk festival?

There is a central festival organising committee who work throughout the year to coordinate the festival. We seek to promote equal interpersonal relationships among all who are involved, be they organisers, site crew, gate crew, sound crew, food crew, toilet attendants, workshop presenters, artists, musicians or ticket-holders. The festival should be a safe space for all, but we do of course recognise that for this to be possible, there have to be some rules and organisational decisions. Central to these decisions are the principles of freedom, equality, community and social responsibility. The most important of these rules is about acting responsibly yourself, and looking after your friends and the wider festival community. If something doesn’t look or feel right to you, think about it, talk about it, challenge it if necessary, and if it remains a problem, please come and talk to a member of the crew.

An anarcho folk festival treads a difficult path: the main purpose is not to make money or to promote capitalist and transactional relationships among all at the festival. Indeed, we are even in an enviable position of not needing to be ‘commercially desirable’ as we seem to have more than enough people who want to be part of the festival anyway. However, we do need to cover costs.

A festival such as this costs money and time to put on, in terms of site hardware, music and lights, kitchens, food, workshop kit, firewood, toilets, recycling and so on. We are particularly fortunate to have a site and facilities which are freely given to us for the duration of the festival. However, it still remains a place where people live, and they do of course have first say in how things run. Please respect their wishes, space and privacy. The ticket prices are kept deliberately low, so that the festival is affordable for who want to come, with a sliding scale of prices to enable those who can to pay more for their tickets.

At the Scottish anarcho folk festival, the decision as to who gets what is very much based on trust, in that the organisers offer to pay as much as necessary to those who need to be paid. This means that it is very much left to, say, a musician or artist to decide what they believe to be a fair payment in terms of expenses and beyond. We must emphasise that the Scottish Anarcho Folk Festival seeks to go beyond purely capitalist transactional relationships; money is not central to our philosophy; but we endeavour to be fair and to make sure that all those who need to be paid are done so appropriately. 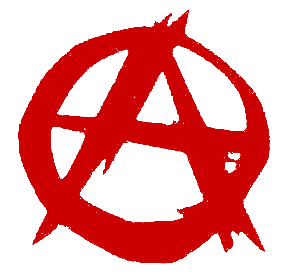 Dear friends, as you know, the festival will start on Thursday evening, with a full programme of music from about 7.30pm. We hope as many of you as possible will come for the whole festival (Thursday to Sunday).
There are no more tickets left, so tell your friends.
Details of who is playing and what workshops are planned are all here on the website.

Have a look on the music page to see who is on stage.
Feel free to share information with other ticket holders on
"SAFF ticket holders" page.